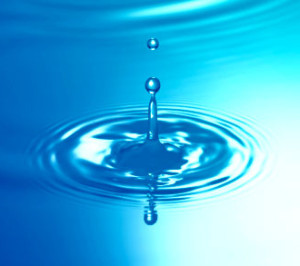 The weightless state inside the flotation tank will provide a pain free hour during which your cells will repair and regenerate. As you relax, you will replenish both mentally and physically.

One way to treat not only physical pain, but the stress and anxiety that may accompany it is visiting a float tank, also known as a sensory deprivation tank. Flotation R.E.S.T. (reduced environmental stimuli therapy) was developed in the 1950s by John C. Lilly, M.D. and uses a water-filled tank that is approximately the size of a bed and heated to skin temperature. The water is saturated with Epsom salts so that the patient can float without any effort.

Patients remove their clothes, enter the tank, turn off the lights, and relax. The idea is that this sensation of zero stimuli will help a person focus inward, eliminating distractions and calming the mind and body. The Fibromyalgia Floatation Project (FFP) believes that spending an hour in a float tank will help sufferers reduce pain significantly. The project selected fibromyalgia as the condition for their case studies because the symptoms of fibromyalgia match the potential benefits of REST.  The benefits of float tanks for fibromyalgia have been studied for several decades and have been proven to include the following.

Thomas H. Fine, an associate professor in the department of psychiatry of the Medical College of Ohio and Roderick A. Borrie, a clinical psychologist at South Oaks Hospital in Amityville, New York, co-authored a seminal article examining the clinical effects of REST on the stress response. They identified blood pressure, cortisol production, and muscle activity as key indicators of stress in the body. Their findings indicated that cortisol production decreased during floatation REST sessions and that:

“[There exists] the possibility of a resetting of the regulatory mechanism of cortisol across sessions.  Furthermore, cortisol, which has received more attention than the other hormones [in its role as an indicator of stress], and blood pressure, have been shown to maintain the REST effect after cessation of repeated REST sessions (Turner & Fine, 1983). This phenomenon suggests that the REST effect may be more than a simple, immediately reversible response.”

Alleviation of depression and anxiety

Float therapy has been shown to alleviate depression and anxiety with the mood elevation effects of deep relaxation. Fine and Borrie found that the effects were most pronounced when flotation REST was utilized in conjunction with other forms of counseling. They also caution that severely depressed patients may need close monitoring due to the sometimes obsessive nature of thinking that can occur in the flotation tank.

Relaxation alone equals better, more restful sleep, and the deep relaxation of float tanks can help. Many fibromyalgia patients also suffer from restless leg syndrome, so getting a good night’s sleep can be difficult. Since fatigue can exacerbate symptoms of fibromyalgia, the sleep-promoting deep relaxation can be a vital benefit of flotation REST.

Perhaps one of the most important benefits of float tanks for fibromyalgia is relief from pain. Fine and Borrie noted that:

“Flotation R.E.S.T. can have an important role at several stages of the pain management process. By reducing both muscle tension and pain in a relatively short time and without effort on the part of the patient, flotation provides a dramatic demonstration of the benefits of relaxation. Relief is immediate and, although temporary, offers promise of further relief from R.E.S.T. and other relaxation-based strategies.”

Many patients who have dealt with fibromyalgia for a long period of time give up hope for new treatments. When they realize that float tanks can help manage pain, their mental outlook may change and they may be more confident in their treatment plan.

The stiffness and muscle tightness of fibromyalgia can be addressed by float tanks. A small 2012 study found that pain due to tightness of muscles was decreased significantly after just three sessions in the float tanks. The pain-relieving effects lasted for a significant period after the treatment, which also helped to alleviate mood and make the study participants more hopeful. This increased optimism translates into better opportunities for successful treatment all around.

Fibromyalgia sufferers may have a magnesium deficiency that causes their pain. The magnesium solution in the float tanks can be absorbed through the skin, helping to alleviate that deficiency without taking additional supplements. This can be a benefit to patients who have difficulty taking pills or who simply don’t want to take anything else.

The Fibromyalgia Flotation Project was designed for patients and interested medical professionals to test the efficacy of flotation R.E.S.T. treatments for fibromyalgia specifically. Two patients in particular are highlighted on the website.

Tina suffered from pain and bruising as a lasting reminder of a car accident in 1998 but couldn’t figure out why she was still in so much pain. Doctors attempted to control her pain with prescription opioids and non-steroidal anti-inflammatory drugs (NSAIDs), with disastrous results. After nearly overdosing, she finally tried flotation R.E.S.T. while visiting friends. Tina describes her first experience in the tank like this:

“[It was] like stepping into a warmth that was hard to describe. I felt held, secure, safe, enveloped and surrounded by this wonderful water that was so good to feel against my painful body. I had immediate pain relief and no breakthrough pain for 17 hours after my first float.”

After seven floats, Tina puts her pain level at just 10% of what it used to be.

Brigitta’s fibromyalgia was not traced to any one particular incident, but the pain and dizziness made it difficult for her to really function effectively. She was unable to take pain medications because of their side effects, so she utilized acupuncture, warm baths, and exercise. She was recruited by the Fibromyalgia Flotation Project at 70 years old and had this to say about the results:

“Flotation has made my life considerably better. I feel that it’s easier for me to take each day as it comes, which means that life gets easier. I feel much more positive and happy, and many of my friends confirm that.”

We are involved in a fibromyalgia study and you can be too.

We can only take a limited amount of members every 10 weeks in the study so sign up today. Read more about the project here, then contact me. 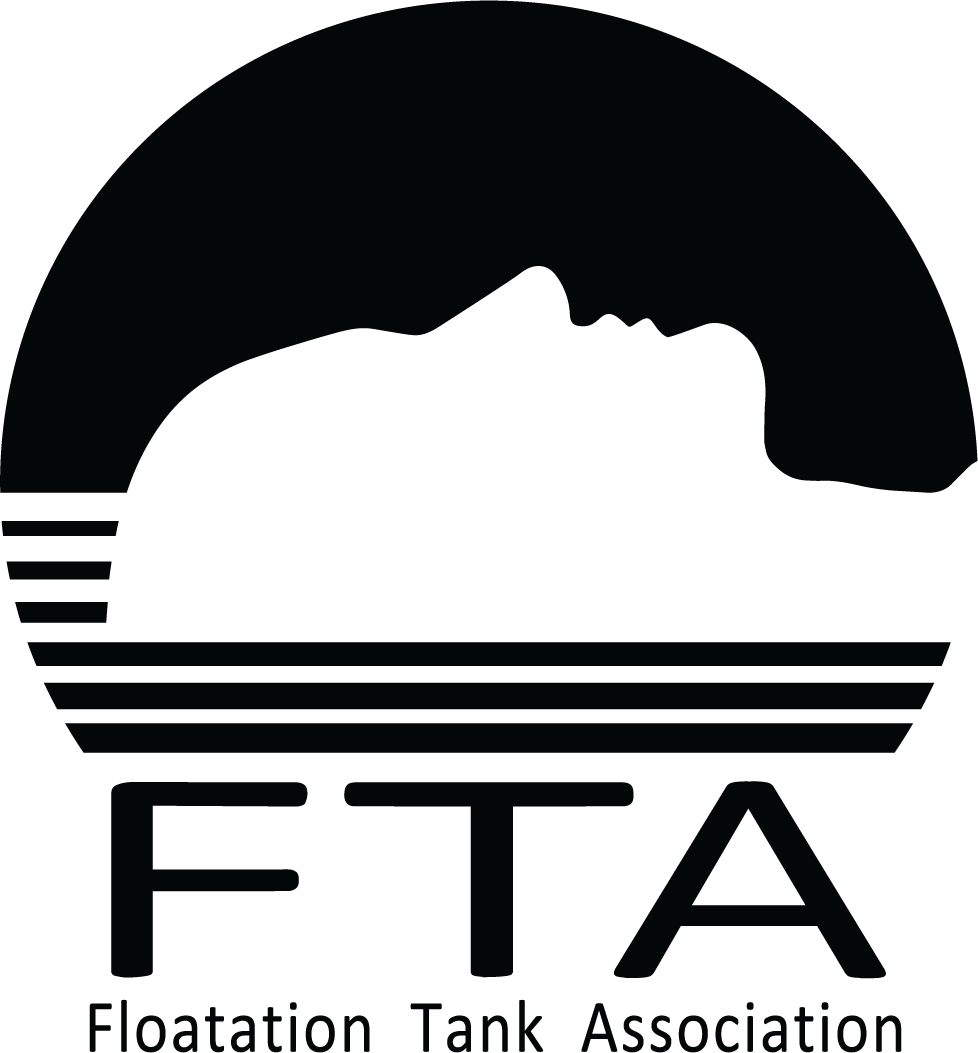 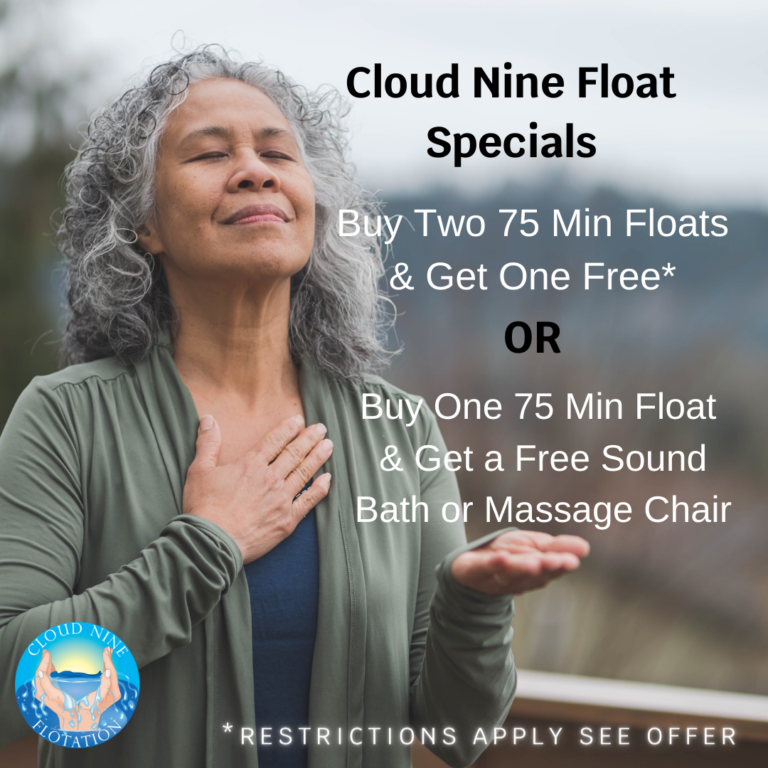